DESIGN IS OF THE ESSENCE

Over eighty years ago, Walter von Nessen introduced his first important lighting concept – the swing-arm lamp for table, floor and wall applications. The year was 1927. That form should follow function was then on the frontier of design. Von Nessen was among its most perceptive pioneers.

Through the years, our design parameters have not changed. We remain perfectionists whose primary market is the professional who appreciates what sets our products apart.

With us, performance is the ultimate criterion. Expressions will relate to the times and the materials we fashion. But clean lines and classically pleasing proportions are the invariables. It will test the reader to find executions more straightforward than the signature concepts of our design partners, from Ferdinand Porsche, Gianfranco Frattini and Elizabeth Kauffer through Marc Heinlein, Cristian Diez, Heinz Filzer, Jerome Simon, and Peter Wooding Design Associates.

Our search for superior materials takes us to the quarries of Zaragoza, the marble finishers of Carrara, the glass makers of Murano, the brass mills of Dusseldorf and the looms of Kortrijk. Handheld buffing, polishing and finishing techniques complete the quality formula.

All of these design and fabrication skills may also be brought to bear on your own special problems and client requirements. We will go out of our way to accommodate your requests for modifications and adaptations of our luminaires. Please call us and our representatives for details. 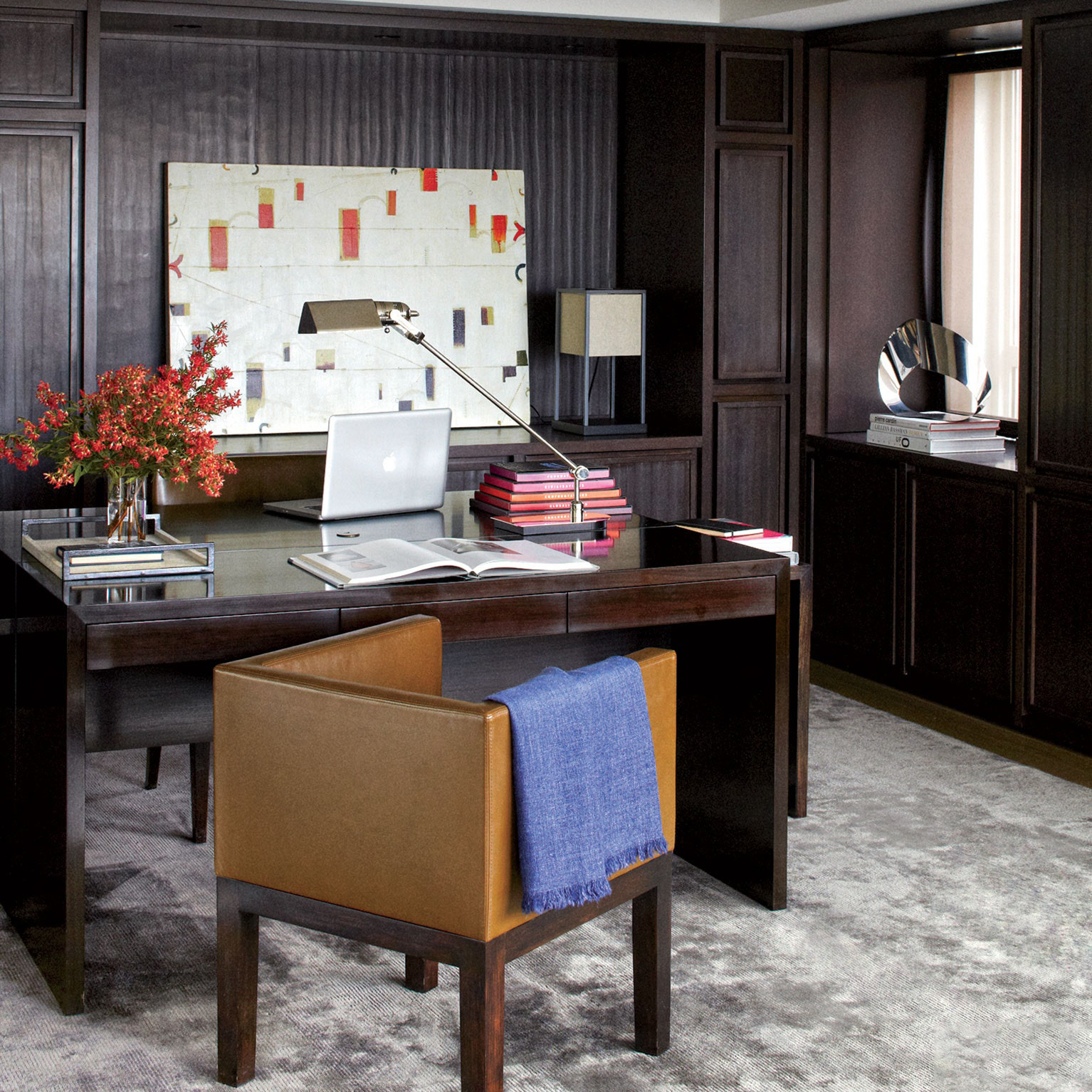 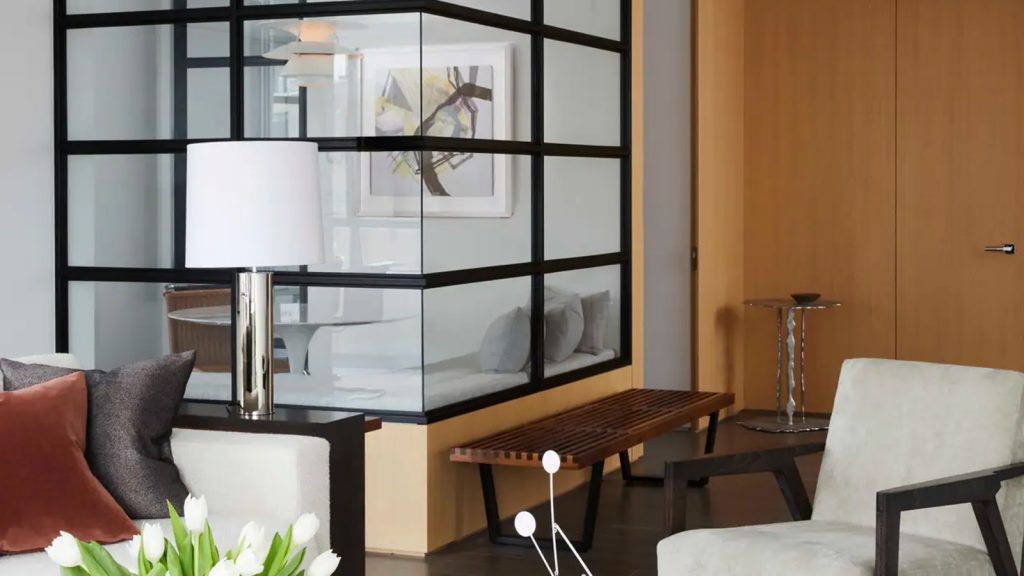 The ingenuity of a German immigrant, Walter von Nessen, has had far-reaching effects on contemporary lamp design. It goes back to 1927 when he set up Nessen Studios in New York’s Murray Hill neighborhood to design and fabricate architectural lighting. He quickly attracted a following among the leading architects of that time, who commissioned him to design lighting and other household objects for their clients, making him one of the first industrial designers and a member of a new movement whose inner circle was to include such well-known names as Walter Dorwin Teague, Donald Deskey, Gilbert Rohde, and Russel Wright.

By 1930, critics, manufacturers, and museum heads were beginning to refer to him as an industrial design trailblazer and champion of modern design. Of all of von Nessen’s designs, however, lamps were always in the forefront of new trends. A likely reason for this was expressed in a 1930 edition of Lamp Buyers Journal (the predecessor of Home Lighting & Accessories): “The latest, newest, most radical expressions of art in industry seem particularly applicable to lamps because a lamp highlights a room and it may well be extreme … and it strives to be an expression of ourselves, our times and our environment.”

Lamps are especially interesting because they have no tradition to follow or defy. Unquestionably, it was von Nessen’s concepts that led to the modern tradition in lamp design.

From the outset, his designs were the foremost examples of the modern trend. The progression of von Nessen’s designs range from the German Deco of the Early 20’s to American Deco of the mid-20’s to the functionalism which dominated his work until his death in 1943. By combining functionalism with new materials, he helped establish a new design vocabulary.

He had relatively little competition. With the exception of Walter Kantack, an architect who focused on the design of large-scale bronze lamps for building applications, von Nessen was the only major designer who concentrated on innovative contemporary residential lighting.

Von Nessen’s goal was to produce efficient lighting-lighting that would meet his exacting standards of correct illumination. To do this, he developed manufacturing techniques for a variety of non-traditional materials: brass with satin chrome, spun aluminum, bake-lite, fiberglass, natural cherrywood, rosewood, to name a few. Throughout, he concentrated on indirect illumination, new materials and finishes, and details such as revolving and adjustable parts.

Examples of his thinking include a 1929 hanging fixture composed of 8 concentric rings-alternately gold and black in color-with an indirect reflector; a 1930 desk lamp with dull chromium base, formica trim, rubber shaft, and a tilting metal shade with opal glass reflector; and many torchiere variations in polished chrome and brass designed for both direct and indirect illumination. Meticulous drawings by von Nessen arranged in chronological order document his designs.

His most famous design, the versatile 1930’s swing-arm classic, is still being manufactured today by Nessen Lighting, a successor to Nessen Lamps Inc. and Nessen Studios.

In the lobby of the Emanuel Zeigler building on lower Broadway in Manhattan, four shallow rectangular ceiling boxes measuring four feet by two feet were installed around each square column to create a luminous ceiling of diffused light, and at the same time distract from unattractive beams; four lights in each unit were wired in two circuits and a special form of wire glass was used for the bottom cover of each unit.

A dramatic, glass-paneled wall sconce designed by von Nessen was installed as a luminous corner unit, setting the tone of a luxurious Art Deco apartment house lobby on Manhattan’s upper east side.

In tandem with the production of lighting in his own studio (with the help of only one craftsman), von Nessen also designed an extensive range of award-winning appliances and home product designs for the prestigious Chase Brass & Copper Company, and a diverse assortment of furniture and accessories which were subsequently featured in landmark exhibitions of the time.

At one of them–an exhibition of tubular metal furniture at the Metropolitan an Newark Museums in 1929–von Nessen’s chair was displayed alongside one by Mies van der Rohe. The Third International Exhibition of Contemporary Industrial Design sponsored by the American Federation of Arts featured the designer’s adjustable ball-bearing lamp (1930). He was also represented at the Design & Industry Exhibition in 1932 with wall sconces, glassware, tables and other accessories. More recognition came at the Paris Exposition of 1937 where he was awarded a gold medal for his lighting exhibit.

It was the 1935 Metropolitan museum of Art Exhibition of Contemporary American Industrial Art, however, that was regarded as a landmark in the swift changing directions of industrial design, and in fact was a formal recognition of the field of new materials and design. Manufacturers, designers and architects–von Nessen, Teague, Rohde, Deskey, Loewy, William Lescaze, Eliel Saarinen, among them–showed their work. Since the criteria of usability and salability applied to everything in the exhibition, there was more integrity of design and less of the impractical and self-conscious use of materials displayed at a similar exhibit five years before.Von Nessen’s work in the U.S. spanned little more than a decade, beginning with his early commissions as an industrial designer and culminating in commercially successful functional lamps for the consumer market which were classic examples of his ingenuity and imagination. In today’s Art Deco revival, his early designs have become collector’s items, and the overall impact of his work on the lighting field is still apparent, almost sixty years after the opening of his New York studio.

Von Nessen had married the daughter of a Swedish architect who worked with him. Following his death of natural causes, in his early fifties, in 1943, Greta von Nessen revived the Nessen Studio after World War II, turning to the design of lamps that were a continuation of her husband’s concepts.

A few years later, Stanley Wolf joined the studio, buying the business two years later, in 1954, determined to continue the tradition of landmark design concepts. One of the first lamps he designed for Nessen, in 1952, is a minimal design with a handsome brass column. The lamp, still in the line, was featured in the interior of Frank Lloyd Wright’s Usonian House which was erected by the Guggenheim Museum on its Fifth Avenue property in 1953, before construction of the museum’s current building.

In early 1960, Nessen introduced a collection of table lamps designed by Elizabeth Kauffer, featuring bases of the finest Italian marbles-probably the first use of this material for contemporary lamps. Kauffer, originally associated with Gilbert Rohde, later became color coordinator for the Herman Miller Furniture Company.

In the late 1960’s, a leisure lighting series was designed by George Nelson & Company, a leading post-war industrial design firm also associated with Herman Miller. Most distinctive of the group is a hanging beehive with a hexagonal pyramid hood; the luminous elements are translucent white acrylic cylinders in a honeycomb pattern. Principally designed for outdoors, the lamp later evolved into an indoor version.

During the post-war era, uses for lighting expanded from indoors to outdoors, and back again to multi-use interiors. For the office at-home and other double duty rooms, the desk lamp became a necessary item. To meet the need, in the early 1970’s, Nessen came out with an elegant table lamp with gleaming brass column and opal plastic dome.

In recent years, Nessen Lighting has been combining its own expanded facility with the addition of new designs which fit the Nessen aesthetic.